Our Mission is to facilitate and create spaces for students to share, exchange, and reflect on their life experiences amongst themselves, question them, and take action towards addressing them to build a just society. We are determined to create a critical leader who works for social justice and supporting all educational and transformative student initiatives that are geared towards achieving the values of solidarity, justice, and hope. 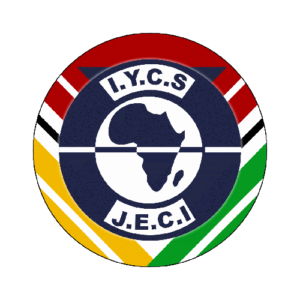 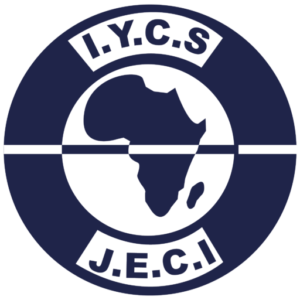 The International Young Catholic Students (IYCS) also known as International Young Christian Students is a Faith Based student Movement for, among, and led by secondary and tertiary students between the ages of 13-30, accompanied by adult animators and chaplains, that is concerned with the issues facing students and seeks to raise awareness and inspire action among students on broader issues of social justice, in solidarity with the poor, the oppressed and the marginalized through applying the methodology of “review of life” known as SEE, JUDGE, and ACT. A Specialised Catholic Action Movement committed to the principles and values of Evangelization, Formation, Social Justice, and Advocacy in its Education and Policy-oriented work.

IYCS Africa is a Non-Governmental International Movement of young students actively present in more than 32 African countries with over 3 Million members and part of the International Movement of IYCS based in Paris and existing in 81 countries. It is a movement based on democracy and the participation of young people. We envision “A society where young people are liberated from all forms of oppression”.

As a Faith based Youth Movement, IYCS Africa since its inception, guided students to become architects and agents of positive social change dedicating its programs and campaigns to promoting solidarity to achieve quality education for all, fighting inequality and injustice, promoting peace, protecting the planet our common home and responding to contemporary challenges that either directly or indirectly affect the youth in Africa.

IYCS in Africa started in Madagascar in 1937. By 1948, the movement had spread out to West and Central Africa and later to Eastern and Southern Africa. Between 1970 and 1982, the movement was organized into five sub-regions called sub-regional coordination: Central Africa, Eastern Africa, Southern Africa, West Africa (Anglophone), and West Africa, (Francophone) with the regional secretariat being set up in Nairobi, Kenya in 1982 to promote the growth of the YCS Movement and better coordinate and support the National YCS movements in Africa.

IYCS Africa works with the students and also in partnership with like-minded organizations and networks, to raise awareness and advocate for a just society where all young people are free from all forms of oppression and liberated from all unjust systems and structures within the national and regional context of Africa. From 2020-2023 we are forming young critical leaders, bringing hope and empowering youths in the spheres of socio, economic and political development through the implementation of projects focusing: Education policy reforms, promoting just and harmonious societies (human Integral development), Protecting the Earth, Digital Advocacy and Strengthening the institutional capacity of YCS

We promote and advocate for education policies that ensure the realization and delivery of quality education that equips the youths with skills and prepares them for meaningful work.

We recognize the need to empower the students to promote Human rights and values that promote peace and harmonious societies in pursuit of societal cohesion.

We seek to empower and train Ecological Citizens who champion the climate agenda, mobilizing young people to take concerted actions towards tackling the environmental challenges.

IYCS Africa seeks to contribute to building a sustainable digital future and for meaningful engagement of youths on the digital space by equipping the youths with the skills and tools to amplify the youth voices.

We seek to develop the capacity of our national movements to respond effectively to their realities. The IYCS Africa ‘Centre’ project is set out to be a key fundraising channel to sustain the movement.

“Connecting youths for a Sustainable Africa”